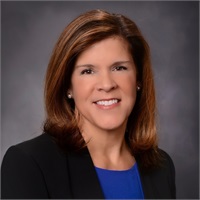 Kathleen Benjamin, CFP®, CPA is the Chief Operating Officer and a Lead Advisor at BFG Financial Advisors, an independent firm assisting clients with wealth creation, preservation, and distribution. After beginning her financial career in the corporate world, Ms. Benjamin followed proudly in her father’s footsteps when she began her own financial planning practice and later purchased his practice, Benwood Financial Group, which she merged with her own.

Ms. Benjamin holds a Bachelor of Science degree in Business Administration, Accounting and Finance from The Ohio State University. During her time there, she joined Delta Sigma Pi, the nation’s leading co-ed professional business fraternity, through which she cultivated her passions for service, philanthropy, and ethical leadership.

As an advisor, Ms. Benjamin’s primary goal is to help her clients understand the fluidity of their finances and to build plans that have options and alternatives to accommodate changes in their lives or in the financial landscape. She believes that being welcomed into a family to help navigate their finances is the highest level of trust one can receive, and is determined to build each client a personalized and adaptable plan to reach their financial goals.

Ms. Benjamin is passionate about expanding the field of financial planning and growing the profession, seeing other planners and advisors not as competition but as partners in helping more individuals reach financial independence. In the early 2005, she qualified for the first time to join the Million Dollar Round Table, an international premier association of financial professionals. She has since sat on boards, given presentations in front of thousands of members, and used her leadership roles within the organization to give back to the community and the profession.

Ms. Benjamin has spoken at various events and published articles to help advance the education of her fellow advisors and the public. Her written work can be found in industry publications including Barron’s, Advisor News, and Million Dollar Round Table.

When she isn’t at the office or meeting with clients, Ms. Benjamin can be found in the kitchen, exploring new cities, or visiting her two sons.